…My latest piece is a spread and accompanying spot for Flight Training Magazine, Liz the A/D requested a very specific piece to include a bicycle with children’s stabilisers and handlebar streamers being ridden away by a man in civilian clothing – no traditional looking pilot’s clothing – for an article on “expanding your capabilities as a pilot” within the April issue.  There was no article to follow and I’ll be honest, I struggled a little to begin with to make this work as it just looked like a man riding a bike (not even a children’s bike or tricycle – not allowed) then the inclusion of a headset was requested, again a little difficult with the requested viewpoint, and finally the words ‘I Fly’ on the back of the bike, almost like a number plate.  The drawing below is a comp supplied by Liz the A/D showing basically what she wanted. 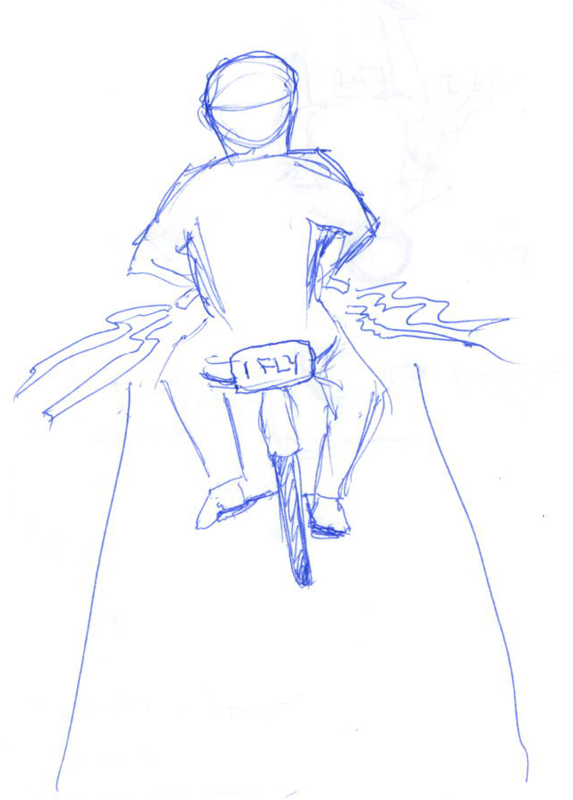 After a little playing and lots of scribbling this is what I came up with – the best way to make this look like an airline feature rather than a ‘Chitty Chitty Bang Bang’ bicycle was to make the cyclist slightly off the ground, coming in to land or taking off, with a shadow of the kind of light aircraft within which these guys learn to fly on a runway.

This is the finished spread:

And this is the accompanying spot illustration in situ: 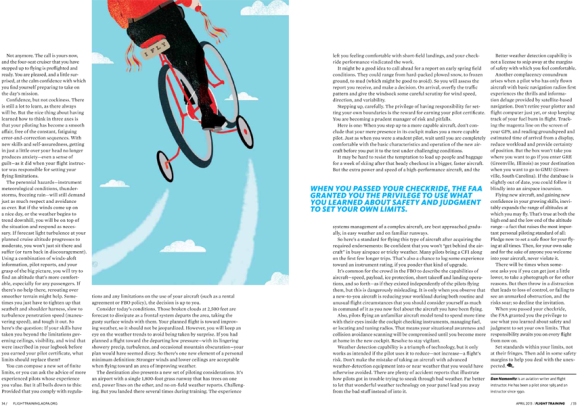