…Here’s a little something that I’ve been keeping quiet for a while, just before Christmas I was informed that I had been shortlisted for The Serco Prize for Illustration 2014.  there were 1200 entries in an International competition organised by the Association of Illustrators and sponsored by Serco with an exhibition of the top 50 shortlisted entries which opened to the public yesterday (14th February) and continues until the 6th April at the London Transport Museum.  Thank you to all of the judges concerned for including my ‘White Bear’ into the show.

The theme for the competition this year was ‘London Stories’.  After much deliberation I  decided on the idea of depicting the ‘White Bear’ – A gift to Henry III from King Haakon of Norway in 1252, the ‘White Bear’ was kept at the Tower of London and given a long leash allowing it to swim in the River Thames to catch fish. 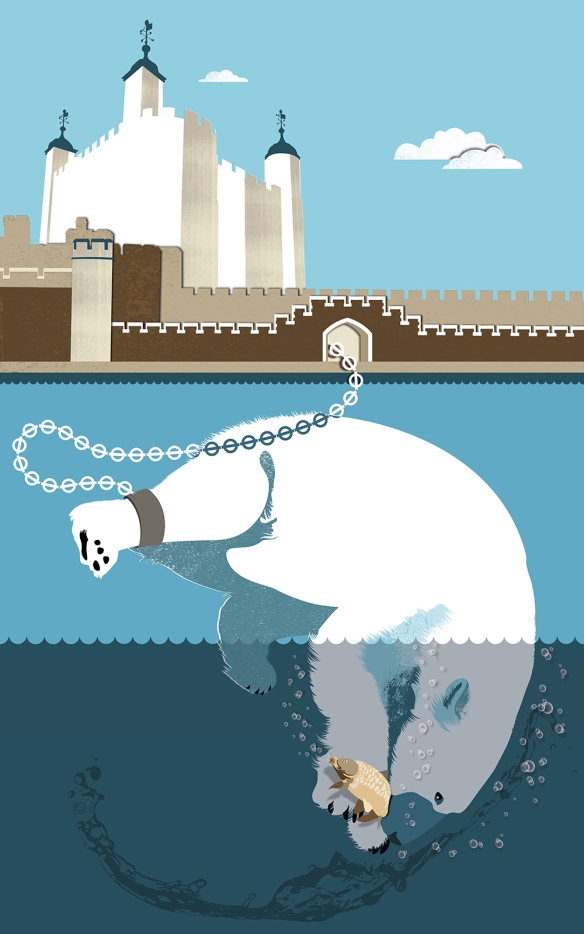